Who is afraid of machine learning? ———— The clinician’s best friend 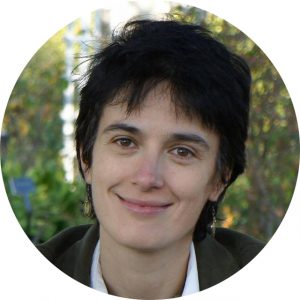 Professor van der Schaar is John Humphrey Plummer Professor of Machine Learning, Artificial Intelligence and Medicine at the University of Cambridge and a Turing Faculty Fellow at The Alan Turing Institute in London, where she leads the effort on data science and machine learning for personalized medicine.

Prior to the above, Professor van der Schaar was a Chancellor’s Professor at UCLA and MAN Professor of Quantitative Finance at University of Oxford. She is an IEEE Fellow (2009) and received the Oon Prize on Preventative Medicine from the University of Cambridge (2018). She has also been the recipient of an NSF Career Award, 3 IBM Faculty Awards, the IBM Exploratory Stream Analytics Innovation Award, the Philips Make a Difference Award and several best paper awards, including the IEEE Darlington Award. She holds 35 granted USA patents. Recently NESTA has identified her as the female researcher based in the UK with the most publications in AI.

Alan Tayler was a founding fellow of St Catherine’s College, Oxford, and is widely regarded as a pioneer of industrial mathematics. His lifelong commitment was to the promotion of practical application of mathematical ideas to problems arising in science and industry, a vision that provided the inspiration for the instigation and development of many national and international collaborations.

The annual Lecture is held at St. Catherine’s College and is sponsored by the Smith Institute in tribute to the efforts and achievements of Alan Tayler.