EDF operates a fleet of 14 Advanced Gas-cooled Reactors (AGRs), which together play a crucial role in delivering clean, low-carbon energy to the UK. A type of nuclear reactor, these 1,400 tonne structures currently generate one sixth of the UK’s electricity.

There are seven power stations in the UK’s AGR fleet (each with two reactors), which are currently at different stages of operating life. Graphite bricks are used in the core of all of these reactors, acting as a moderator to reduce the speed of neutrons and allow a nuclear reaction to be sustained, while also performing a number of important safety functions.

“EDF selected the Smith Institute to develop bespoke software for predicting the future degradation of graphite bricks in the cores of the UK’s nuclear reactor fleet”.

Since the first of these reactors came into operation, it has always been known that the graphite core will change over time, most significantly through cracking and weight loss. While cracking – which occurs when stresses in the graphite bricks change over time – does not in itself make a reactor unsafe; EDF conducts ongoing monitoring and regular inspections to ensure that continued cracking over time will not pose a challenge to current operations or prohibit a reactor from safely shutting down in the event of an earthquake larger than the UK has ever experienced.

How graphite changes and ages is one factor that determines for how long AGRs will operate. Predicting the future degradation of graphite bricks, therefore, is essential for EDF to ensure the safe continuation of operations within a reactor’s current expected life.

To better understand graphite changes and to bolster already rigorous investment and inspection programmes, EDF selected the Smith Institute to develop bespoke software for predicting the future degradation of graphite bricks which lie in the cores of the UK’s nuclear reactor fleet.

The challenge: Building a safety case at Hunterston B

Since the Ayrshire power station Hunterston B started generating low carbon electricity in 1976, it has been capable of producing enough energy to power almost two million homes a year at its peak. Regular inspections revealed cracking related to the age of the graphite in 2014, with further inspections and close monitoring taking place over the next four years.

In March 2018, inspections revealed a slightly higher rate of cracking than expected, which led to the reactor being taken offline for more than two years. During this period, EDF carried out additional inspections, modelling and analysis related to future cracking, with the aim of presenting an evidence-backed safety case for regulatory approval.

The Smith Institute’s bespoke CrackSmith software played a pivotal role in this modelling and analysis – supporting the return to service of the reactors.

Implementing innovative sampling techniques, the Smith Institute’s CrackSmith software can transform the development of safety cases by predicting the future degradation of graphite bricks in the cores of nuclear reactors. Initially deployed on inspection data for Hunterston B (HNB R3 and R4) and Hinkley Point B (HPB R3 and R4) stations in 2018-2019, it implements a Bayesian statistical model to forecast singly, doubly, and multiply cracked bricks.

The way CrackSmith is used is broadly two-fold:

Initially, the role of the Smith Institute was to assess the level of risk or conservatism in existing estimates for the future number of cracked bricks. Our work highlighted how EDF could make better use of data to support robust safety cases, while avoiding the costs of being unnecessarily conservative.

Having identified a novel sampling approach, we were able to quantify the potential for reduced run times and reduced uncertainty in the forecasts for the future number of cracked bricks. We were also able to create scope for future modifications to the underlying cracking model. This flexibility allows for the accommodation of different reactor designs in the AGR fleet, and with the knowledge that our understanding of cracking is likely to be refined and updated in the future.

“Our work highlighted how EDF could make better use of data to support robust safety cases, while avoiding the costs of being unnecessarily conservative.”

For EDF, one of the most significant advantages of engaging with the Smith Institute was the ability to establish a more informed dialogue with the regulator, backed up by an independent third-party opinion. It was recognised that access to the results of an additional forecasting tool, which uses distinct and independent methodologies, would provide important cross-validation of core degradation predictions.

Thanks in part to our novel approach and the introduction of fresh ideas to the nuclear industry, the Office for Nuclear Regulation (ONR) gave EDF approval to bring both of Hunterston B’s reactors online. The restart means that the station can keep fulfilling its critical role of producing low-carbon electricity ahead of a planned de-fuelling by 2022. 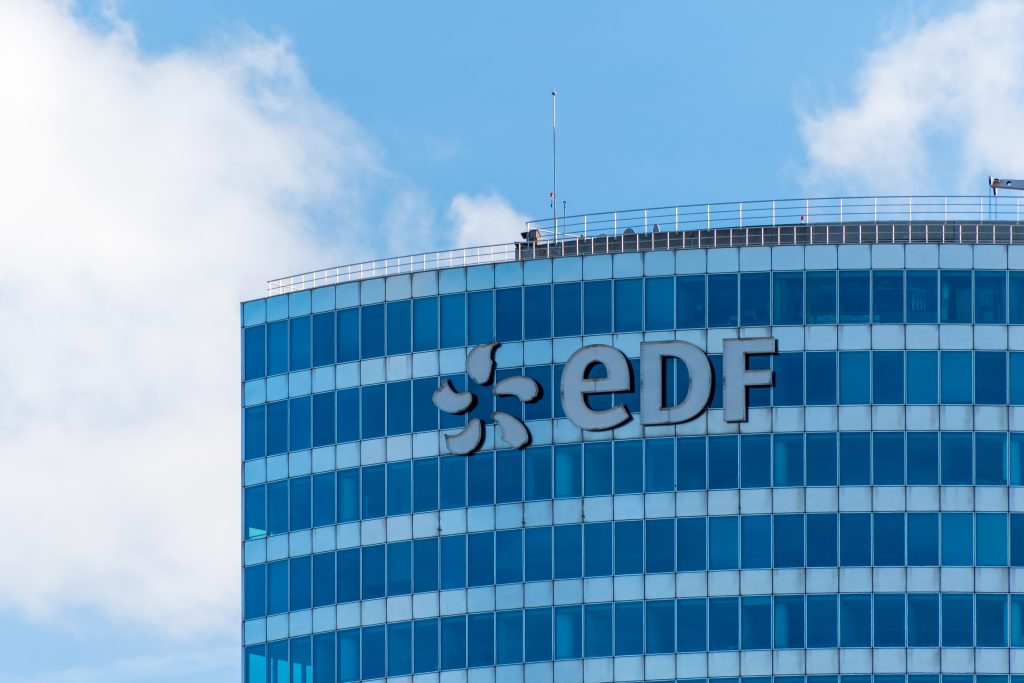 How is the Smith Institute’s work with EDF evolving?

Since the Smith Institute’s CrackSmith software was first deployed on inspection data at Hunterston and Hinkley in 2019, requirements for safety cases have evolved. In response, the Smith Institute has moved to create conditional forecasts that grant EDF even greater insight.

From 2021, the Smith Institute will deploy CrackSmith on inspection data from the Heysham 1, Heysham 2, Hartlepool and Torness stations, helping to ensure the safe continuation of operations within the expected life of these stations, and enabling EDF to continue safely delivering low-carbon energy to the UK.

Smith Institute have shown unique capability in two key areas; they have been able to generate a robust bespoke approach to a difficult problem in a short timescale but equally important they have been able to explain their approach in a very clear, transparent and understandable set of reports. We had already assessed that Smith Institute were a very highly competent organisation to deliver the mathematical/modelling work we required.  Their ability to clearly explain to key stakeholders their work transformed the task from a ‘very good piece of analysis’ to an ‘outstanding success’

By leveraging our extensive experience in forecasting and mathematical modelling, we are helping NGESO to manage uncertainty and make more economical and secure balancing decisions.